Inside the Headset with Make Real

The Developers Behind Loco Dojo

There are many factors that go into running a successful VR Arcade, and offering premium content is certainly near the top of the list. It is very important an Arcade owner is familiar with their library, and have a carefully curated library of high-end VR experiences to have a successful VR Arcade. We sat down with Make Real to discuss their family friendly VR title, Loco Dojo, to learn how they created a high-end game that has fared well in the out-of-home VR space.

Enter the whimsical world of Loco Dojo and step up to the Grand Sensei to test out your silliest skills against (up to) three friends. Playing on your own? Have a blast playing the always changing solo “Ten Trial Test.” Take turns with your friends as you make your way around the quirky game board to collect prizes and enter trial gameplay to compete against your opponents. Get comfortable with your VR game controller sticks as you find new ways to use them to your advantage in the sixteen minigames offered in Loco Dojo. Collect enough golden suns to present to the Grand Sensei, acquire the black headband, and victoriously make your way into his temple!

Make Real studio, based in Brighton, UK, has been creating engaging experiences using immersive technologies for over a decade. Loco Dojo was developed solely for VR with the motion controls specifically made for the VR controllers. The developers from Make Real that released this fun and quirky game said they realized shooting games were taking over the VR world, and they wanted to put out something more fun, lighthearted, and friendly to all ages. Their first VR game, the award winning Radial-G: Racing Revolved, was very helpful in teaching them how to provide comfort for the players in order to make them feel fully immersed in the game.

Benefits for VR Arcades and Operators

Loco Dojo is sure to bring in customers who will have a blast playing or watching! It’s also a great shooter alternative that is perfect for family multiplayer. 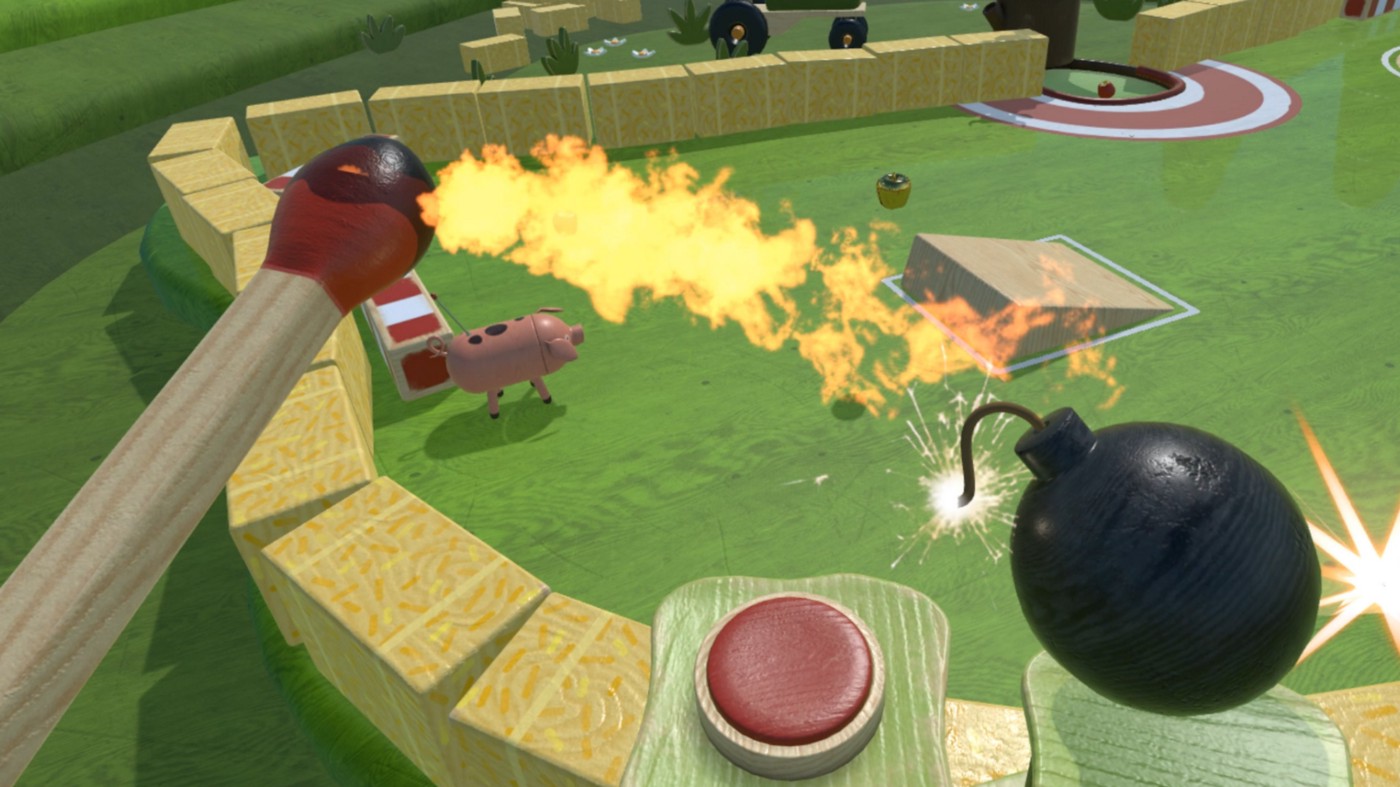 Why VR Customers Will Love It

Loco Dojo is a full four-player game that typically takes about thirty to forty minutes to play. During this time the wheel is your dice roll to move your character around the board to launch one of the 16 minigames. Unlock the black headband by winning enough golden suns, this is the key to the central temple and ultimate challenge to win! This game is so silly, it’s even fun to stand by and watch your friends play. This game has high levels of polish not found in many other VR games, and each minigame is completely different from the last. The detail put into these games is why it is sure to be the life of the party at your Arcade!