Available on the SpringboardVR Marketplace

There are many factors that go into running a successful VR Arcade, and offering premium content is certainly near the top of the list. It is very important an Arcade owner is familiar with their library, and have a carefully curated library of high-end VR experiences to have a successful VR Arcade. We sat down with Ivar Jaanus of Levity Play to discuss their VR title, Skyfront VR, to learn how they created a high-end game that has all the features and nuances to fare well in the out-of-home VR space.

Skyfront VR is a fast-paced multiplayer FPS built exclusively for virtual reality. The game launches you into mesmerizing zero-G arenas… but not before equipping you with an array of awesome weapons and impressive special abilities.

The Winner Is…
Congratulations to the winner, Alex Rozenberg, of Vrality! Here’s what he had to say about the Skyfront VR global tournament:

”It was a magnificent tournament for us. Just like Cinderella’s tale, we were bitten in the beginning, but trained a lot and overcame everything step by step.

It involved determination, personal improvement, and better teamwork. It was a real sports event with the competitiveness and the adrenaline rush. We loved it!

Skyfront VR is a masterpiece for a team-based and a skill-based competitive game: the gameplay is addictive, the options are endless for strategy and co-op, the movement is awesome even for nausea-sensitive players. We expect a bright future for the game in many leagues and tournaments to come.” 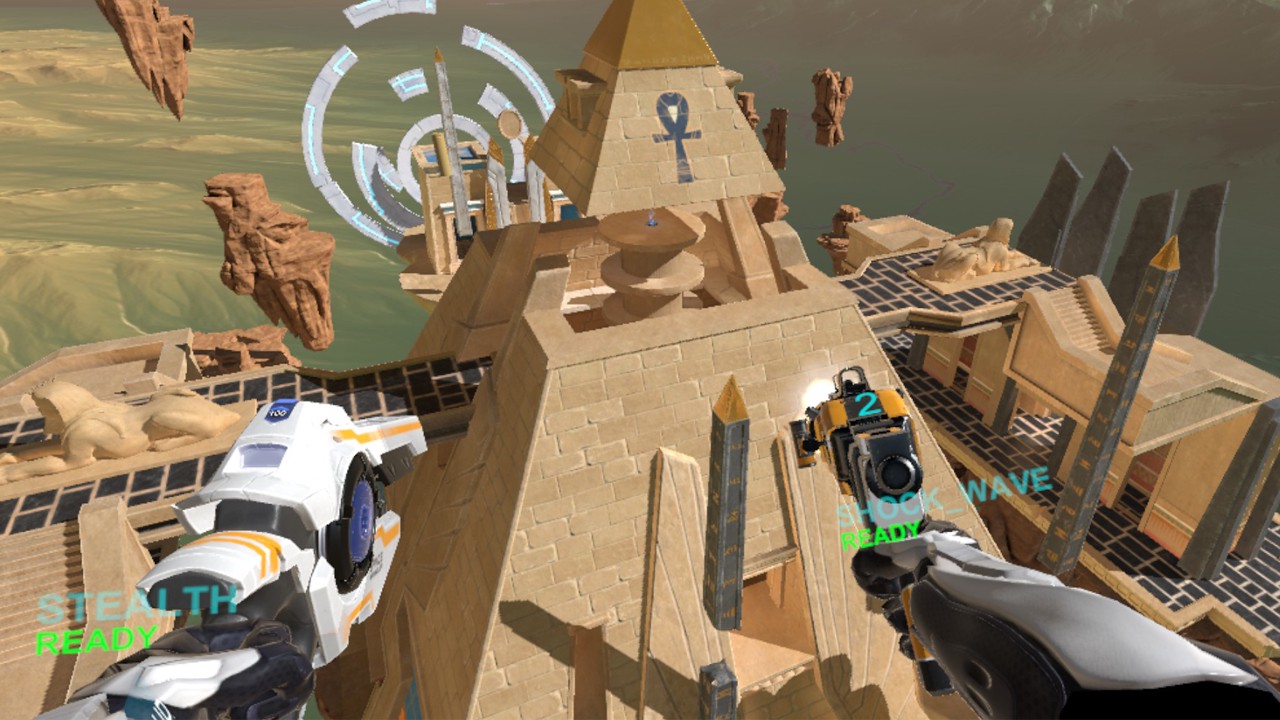 Was this title previously a PC, console, or mobile video game? If so, why did you think it was a good fit for VR?

Specifically, what makes the game/experience great for location-based entertainment?

“There’s a lot of aspects that make it a great fit for Arcades and we have created a lot of features & additions based on the requests and feedback from Arcade owners and operators…” Ivar lays out multiple benefits of Skyfront VR, detailed below:

What was the inspiration behind the game/experience?

“Freedom of movement. There has been a lot of VR games with very limited movement in the past… but why limit yourself in VR when VR has no limits?”

How long is the game/experience? Does it play through in one sitting or are there multiple levels, or chapters?

“You can play Skyfront VR pretty much endlessly. One match is 6 minutes long but it’s rare that people get enough of the game from just one match; and since the next match starts automatically, you can keep playing on and on.”

What makes the player want to play it or watch it again?

“Since there is no mission or end goal in the game, and every time you jump in the game you have new opponents with different skills and strategies, the fun starts again.”

What mechanics/storylines/etc makes your game a blast?

“Flying around ancient buildings hunting down your enemies is so much fun and if you learn how to use the grappling hook you can do some really crazy spiderman-ish s#!t. And of course, blasting some rockets at your friends is also priceless :)” 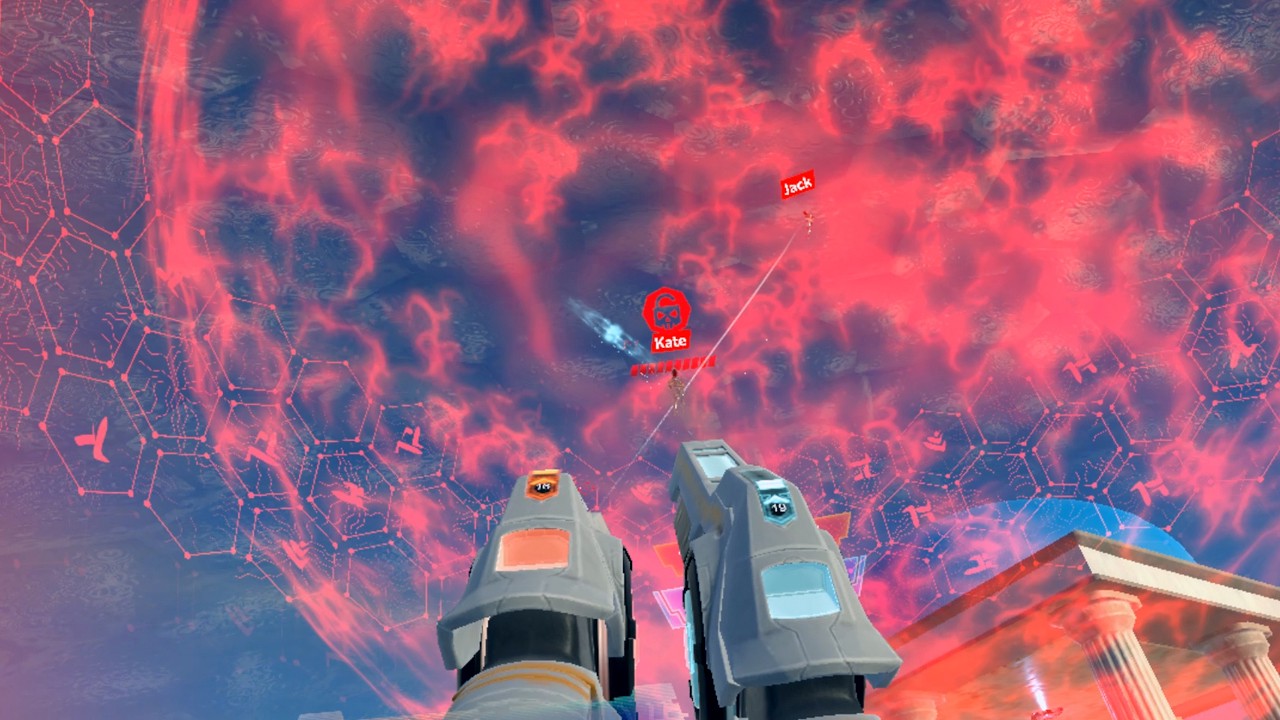 What is YOUR favorite thing about this game or experience?

“Playing with your friends or co-workers. The game has in-game chat so that also adds to the fun.”

Did you learn anything from working on other VR titles?

“Since Skyfront VR is our first VR title, we’ve had to learn on-the-go, but as everyone has tons of experience in the gaming industry. There’s a lot we have taken from our experience with our other games.”

Can you tell us what you are working on next?

“There is still plenty to come for Skyfront VR so right now we are working hard on some of the new features we want to add when Skyfront VR comes out of Early Access in Steam really-really soon!”

What would you tell an Arcade owner is the game’s #1 selling point?

Do you have any tips or tricks the player should know?

“Find a weapons loadout that works best for you and don’t forget to use your Special Abilities. You can be really strategic with your choices and mess up your opponents game plan.” 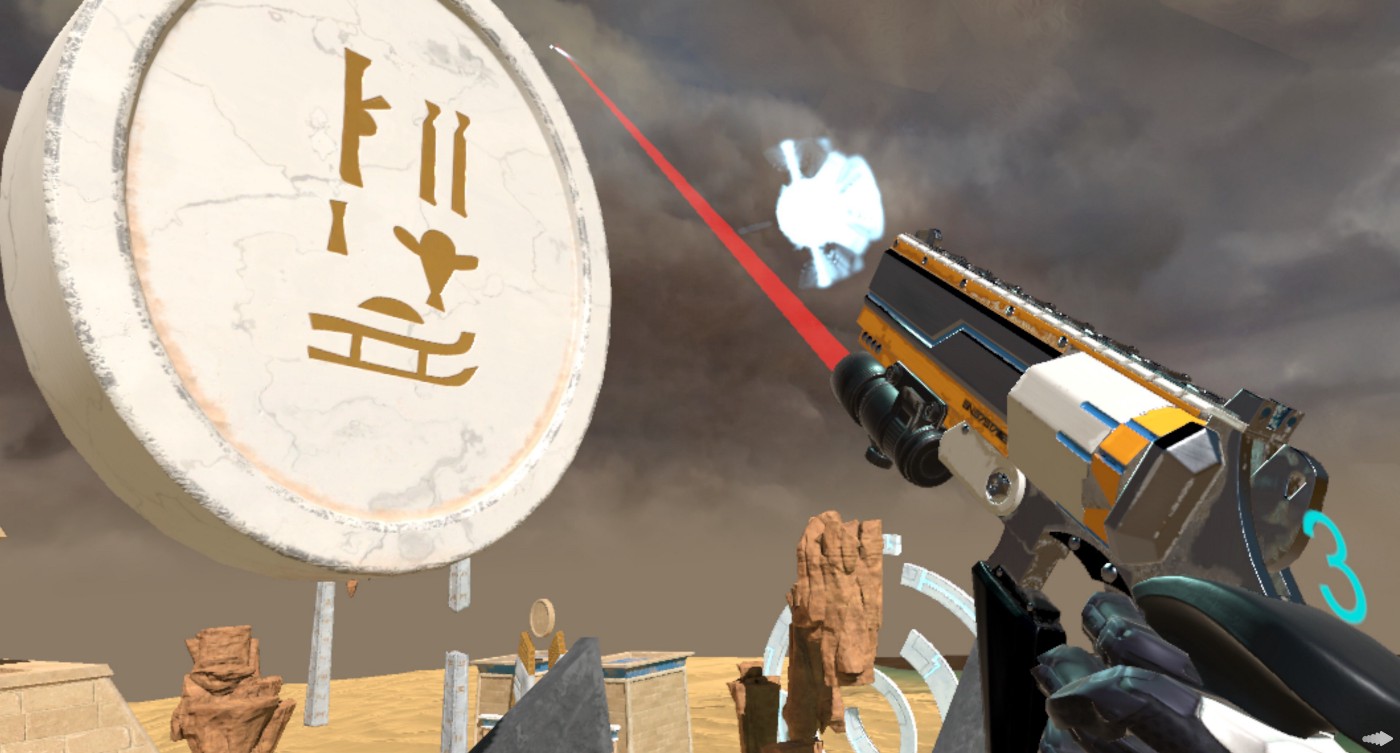 Do you have any special setup requirements or tips for the operator?

“As for the Tournament Manager, you can do really great stuff with it and set everything up and customize the game settings from a single (admin) PC.”

Did anything funny happen on the way to publishing the title?

“I wish I had a good story here, but nothing too funny comes to mind. But we definitely have some fun moments developing and publishing the game.”

What kind of feedback would you want to get from an operator?

“We have gotten so much feedback over the course of the year Skyfront VR has been available, and this has helped to shape the game a lot––we are so thankful for it. But as we keep developing the game we are always open to ALL suggestions Arcade operators have to make the game even better for them and their customers.” 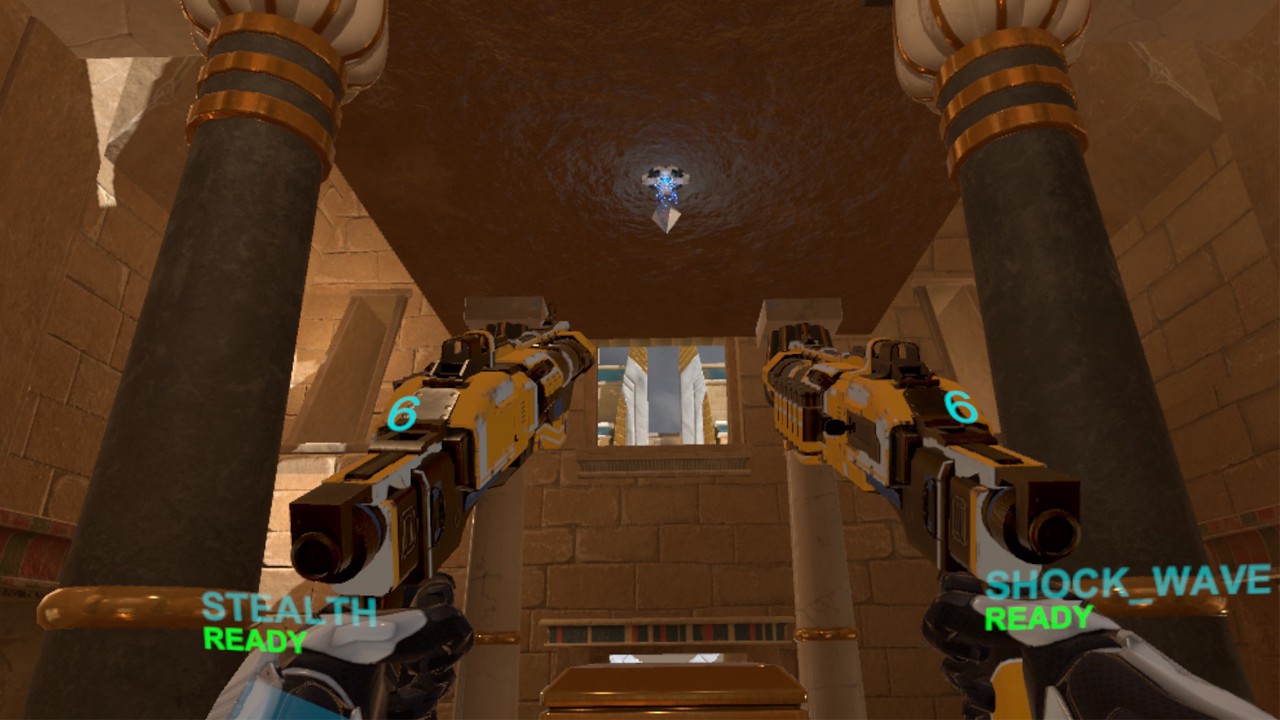 What do you want the end user in an arcade to come away thinking?

“Holy crap, that was fun — I can’t wait to come back to this place.”

What is your team’s background? Any key people on the team you want to call out?

“The team has a long background in creating successful games for around 8 years. The studio started out with creating games on Facebook, and VR was something that got us excited to create something big! I would love to give a massive shoutout to all the fantastic people who have worked on the game but perhaps the three key people to mention are:

Is there anything else you would like to add regarding your game?

“If you didn’t make it in the most recent global, trans-atlantic Skyfront VR tournament that took place in November, then I’m sure the next one will come soon. So stay tuned and see you in the game :)”